May 3rd Nico had his first surgery to correct a deviated septum which was causing frequent sinus infections.  10 days later Matias has his adenoids removed.  Guess who is next?  June 3rd I will have the same surgery as Nico just slightly more intense since both sides of my nose are deviated  (abnormal displacement of any wall that separates two chambers usually in the nasal cavity).  I can hardly wait since for as long as I can remember I have struggled to breath through my nose.  I am seriously hoping for life-changing results.  I am happy but at the same time frustrated that It took me this long to figure out that there was a cure for my constant stuffy nose. 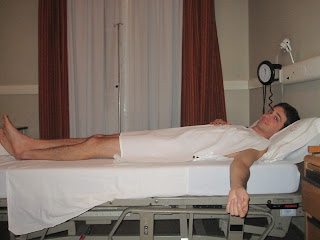 So lucky to have received mom's package just before going to the hospital.  The books and other gadgets kept him entertained for over an hour.  At about 5:00 he got hungry since he had been fasting since noon and I was feeling desperate sine I knew he had almost 2 more hours before surgery.  I made a phone call for backup..... 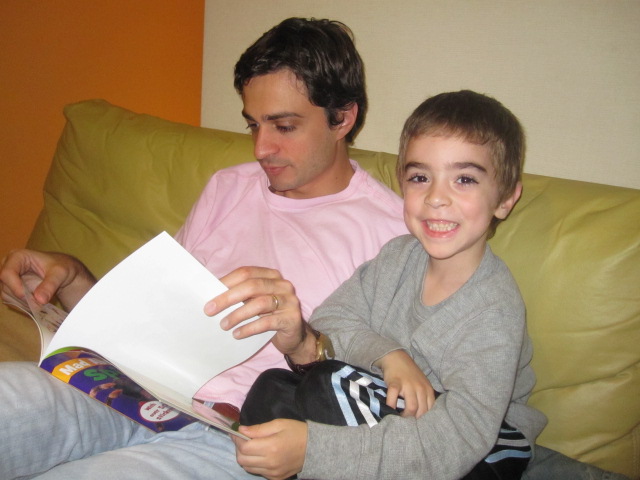 and  soon enough arrived los abuelos and Mati was able to spend the next hour showing off his books and playing with his new baby dinosaur.  I was a bit nervous about the surgery but the fasting part had me super worried.    For lunch I fed him steak, potatoes, carrots, squash, AND Pizza!   He ate like a champ and that made me  feel a little better about things. 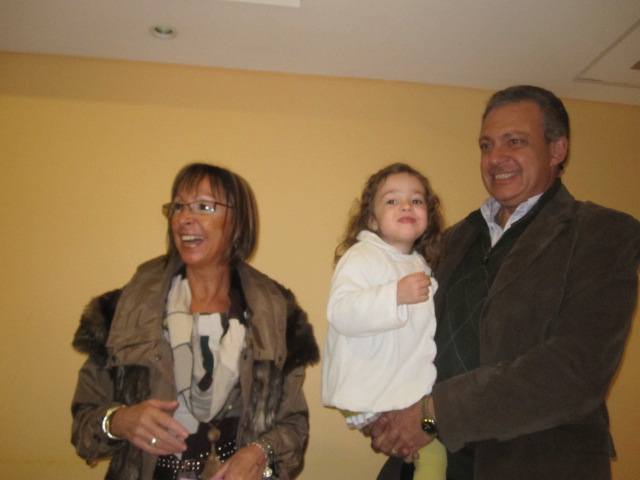 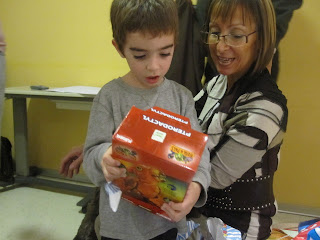 He also found "Toys" in the bathroom!!    We had assumed there would be some toys at the hospital and Mati was highly disappointed that this was all he was able to find.  We never told him what they were actually used for. 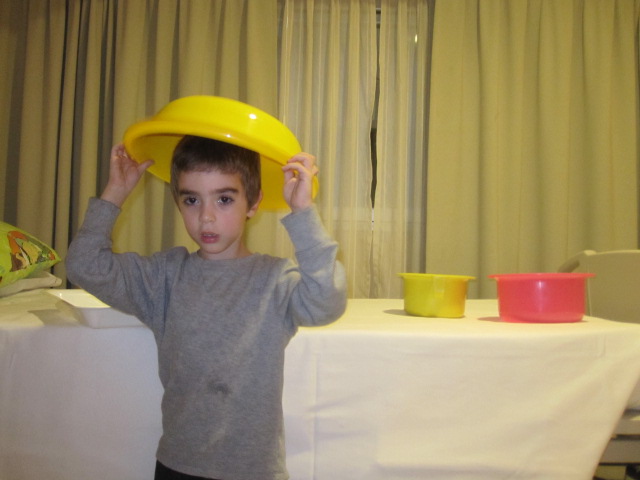 Finally at 6:30pm and now that the child is practically starved, they took him into surgery accompanied by Nico because thankfully that is who he chose. 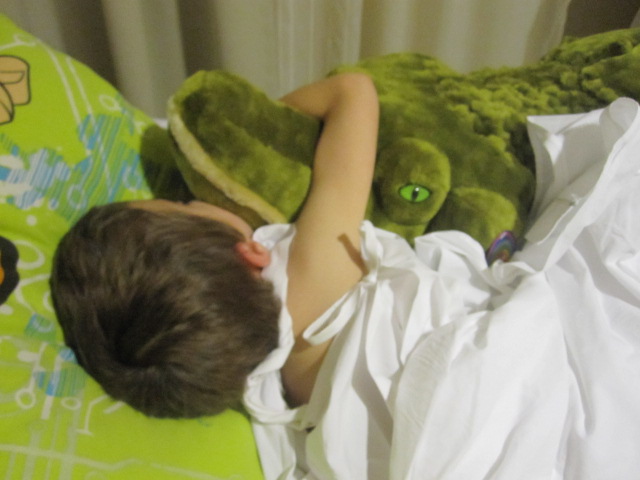 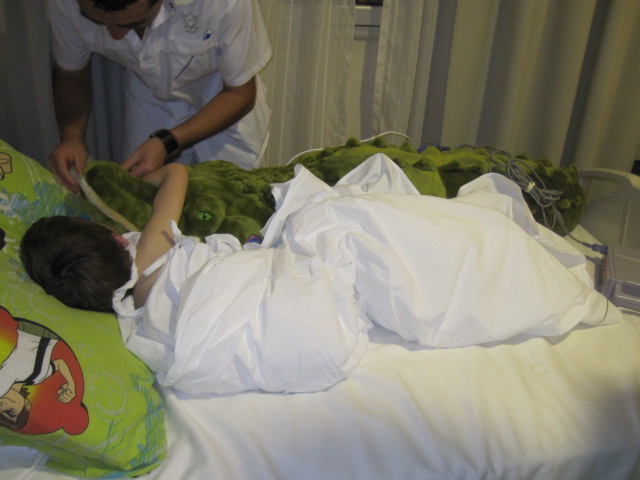 By 10:00pm he was out of the bed and training his alligator. He also had a huge appetite. The nurses wouldn't give him anything but popsicles, jello, and flan, and the last two flavors/textures do not appeal to  Mati.   I wasn't about to let my little man go hungry any longer so we finally were able to get the doctor to approve a chicken and mashed potato dinner and I even let him steal my tomato cherries and cheese from my salad.  He swore he had never had food so delicious in his life. 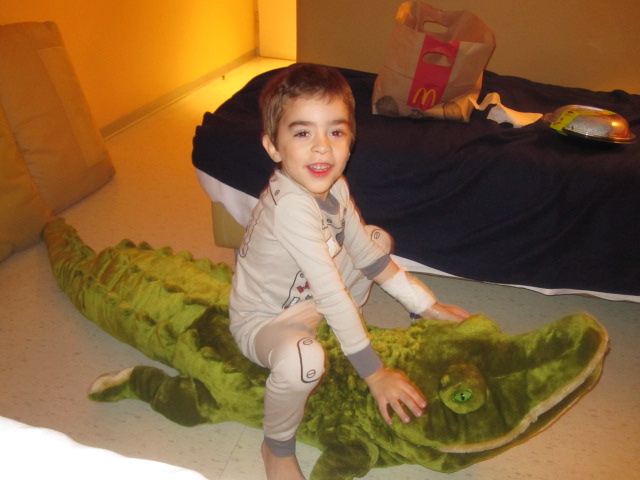 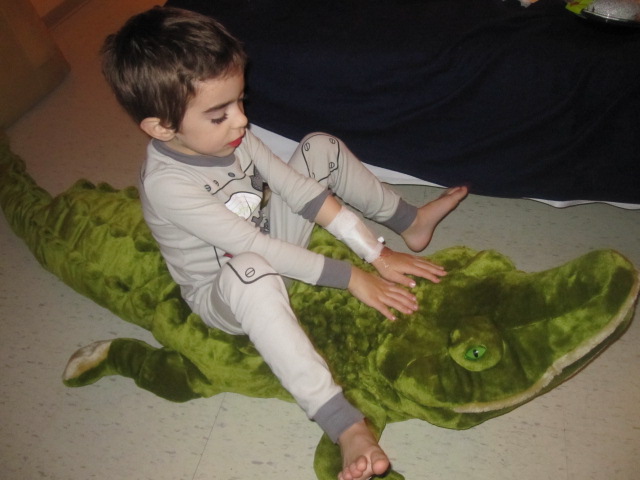 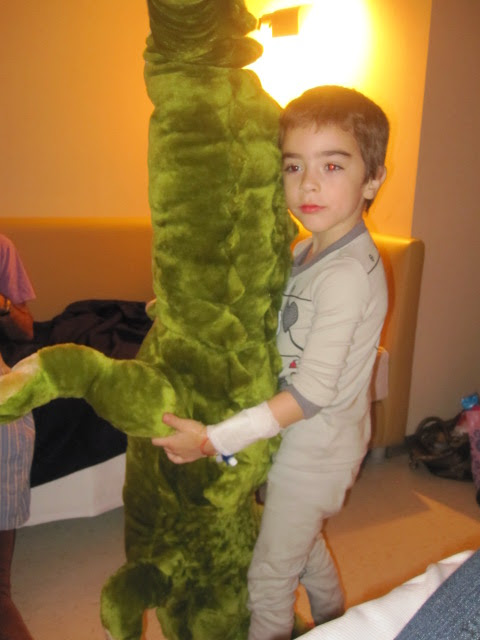 At midnight with his tummy full he crashed and DIDN"T SNORE all night.  What a radical change! 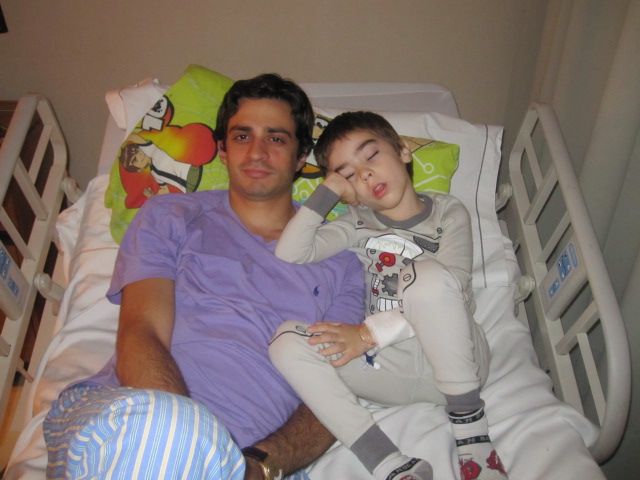 Hopefully he will be able to breath through his nose now, though he may need a little training the doc says.  He should also be relieved from constant sinus infections as well.
We are so excited for our family that we can BREATH AGAIN!


Saturday morning and totally deserving his million dollar chocolate (Neannie took advantage of easter candy on sale and we really appreciated it!) 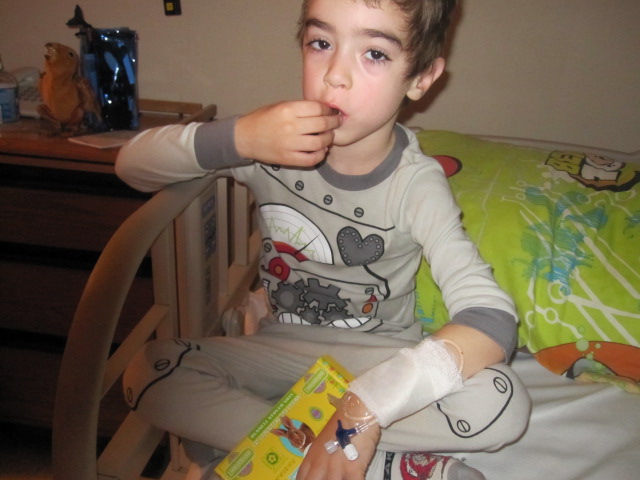 (this was the kids "easter" candy; not so traditional and can hardly compare to the real deal!) 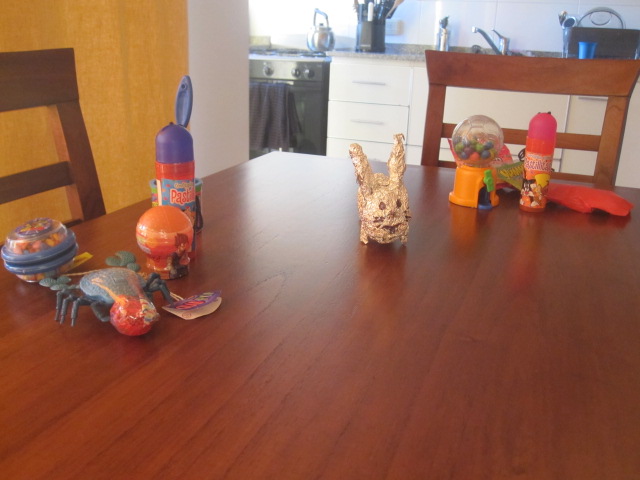 Back home and thriving, and still eating. 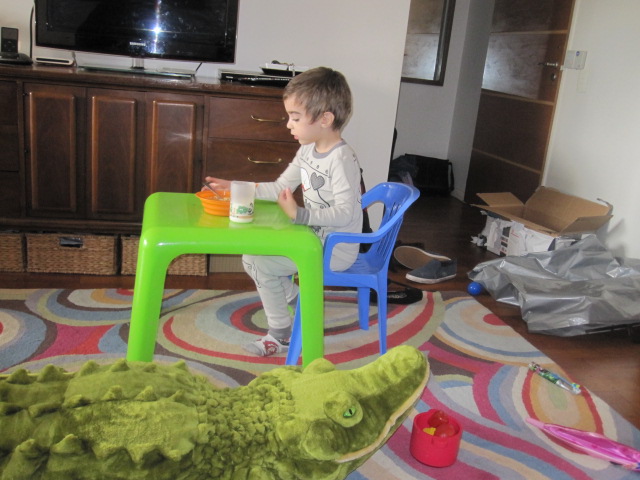 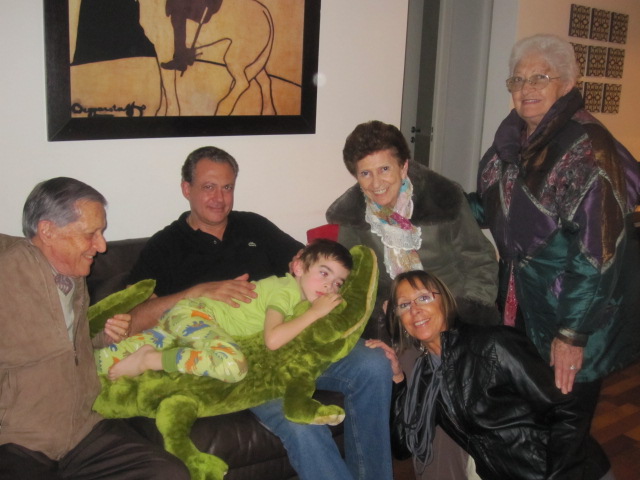 He definitely took advantage of the pampering but it was also very appreciated.  He told me he had a present for me and came and gave me the biggest kiss ever and said "Muchas Gracias"  he totally melted me.