What my 3 year old will do for a toy

When I picked Matias up from school today he immediately told me that he had a surprise in his backpack. On the way to the bus stop he pulled out a Ben10 figurine. Wow I asked him who gave it to him and he told me that his teacher Gisella had given it to him for being good and sitting in his seat. I was proud but a little hesitant so as soon as we got home I pulled out his notebook to see if Gisella had written anything about the figurine. There was nothing, so I talked to Matias about it a little more and didn't think I had any reason not to believe him. I told him several times through out the day how Proud I was of him. I listened as he told the same story to his abuela and his father, whom both gave him responses similar to mine and neither seemed to think twice that it may be a little white lie.
I decided I'd write Gisella to thank her and tell her how excited Matias was about the present in hopes that she'd respond and give me a little more information about why she had given it to him.
She did respond but in person the next day. Turns out Matias persuaded her to believe that it was his toy so she let him take it and then I guess he concocted this story about being a good alumno and sitting in his chair to persuade me that it was his as well. He got us good! I can't help but wonder if maybe somehow in his mind he got a little confused. I don't want to believe that he flat out lied but I'm not going to be naive and he definitely won't be bringing any more toys home from school.
Where has my little angel gone? Caught on tape!!

Nico turns 29 with a little more junk in his trunk

Couldn't hold out on you guys, you don't want to miss his moves!!! 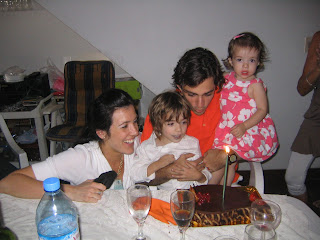 Posted by nicokekeematipili at 4:13 PM No comments: 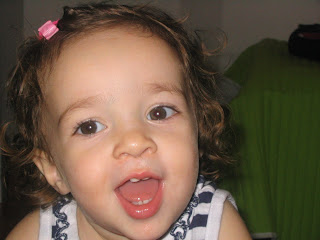 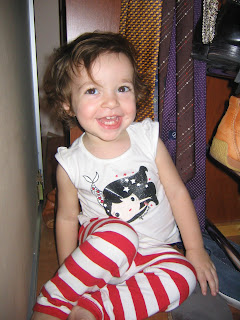 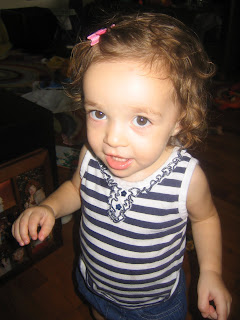 10- She's tough like a rock. She's quick to pick herself up and brush falls off. Not a lot of time for crying, get on with business.

9- She's prissy. Carries her purse around half the day, loves to pick out her clothes, very picky with shoes and has finally come to accept that hair clips are a must.

8- She's brave and "independent". Thinks she can ride Mati's scooter and go down a flight of stairs without assistance.

7-She's chatty. Vocab of atleast 50 words and then ofcourse another 50 still to be determined. She'll converse with you all day long and make you feel important always calling you by name. Her great grandmothers give her a hard time though because she has yet to get them straight. Ada and Eda. Yeah somewhat difficult there, but frankly I think she's got it they're just a little hard of hearing :)

5- Always anounces when she passes gas "Pe-pi" and giggles. Why is passing gas so funny??

4- Not only does she say Mami but also Ke-kee, MamA, and Moma

Ke-Kee= Is desperate for me or wants to be funny

3- Goes Bizark over a piece of Candy, nothing gets her more excited except possibly when Nico arrives from work.

2-Copies everything her brother does, one of our favorites is the finger up the nose. Thankfully hasn't realized what Mati is working towards. You can almost guarantee in every sentence you'll hear his name and when he sleeps she gasps "Awwweeee"AND she's a pro at Hide-n-seek! (note second picture in the closet)

1-Full of BESOS!! When she's on a streak she'll start at your nose and end at your toes and her favorite pit-stop the belly button (We did have to train her because her kisses used to be love bites, after a few bruises we decided we'd had enough) We love our Pili!!!!!!!!!!!!!!!!!!!!!
Posted by nicokekeematipili at 1:41 PM 1 comment:

Mati goes to school (and Pili too) 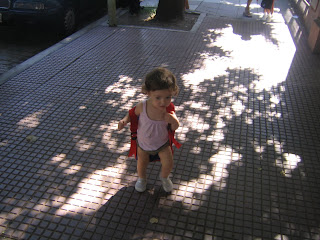 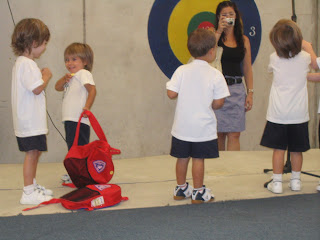 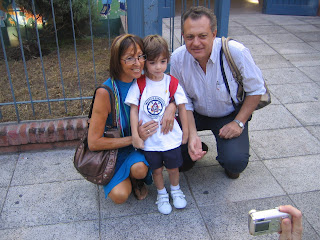 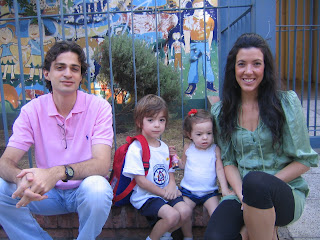 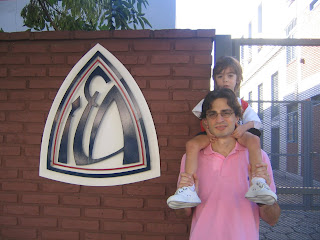 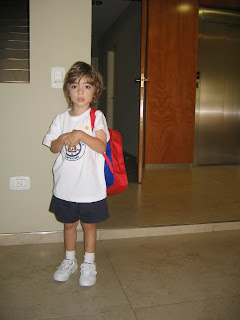 Matias started school on Monday. Instituto Evangelico Americano. So far he seems very confident and happy to be going. He was a little distraught on the first day when he notice that Mabel had sown a yellow button on his shirt. We explained that all the kids in his class would have a yellow button and that it would be easy to find them. Upon arriving he approached every kid he could find with a yellow button to tell them that they were his classmate.


I held up pretty well until we (I mean Nico) sang the Argentine national anthem, and then I found myself getting emotional. Songs always move me and the situation felt somewhat surreal.
Matias came home today and said that his stomach hurt and that he drank chocolate milk at school that was gross and not fresh. I got a little worried because he seriously was about in tears. When I told Nico he explained that here they serve warm chocolate milk for snack. The kids here typically don't drink cold milk and then it all made sense! I'll have to make a special request for cold choco milk for Mati. I already prohibited the Tea, he's going to end up with just water poor thing!
He also exclaims that he has a job now; school of course!! Oh and he can hardly believe that there are TWO Matias's.
Posted by nicokekeematipili at 7:12 PM 3 comments: